Is your team shoveling two tonnes or twenty tonnes a day? 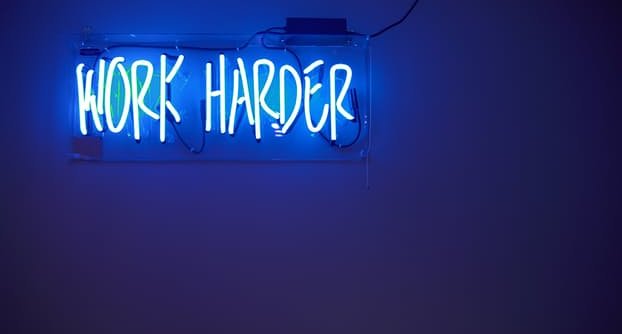 Is your team shoveling two tonnes or twenty tonnes a day?

Frederick Taylor was the high priest of scientific, or rational, management. To his followers he was a saint who led the productivity revolution at the start of the 20th century. He enabled workers to achieve higher incomes than ever before, epitomised by Henry Ford and his revolutionary production line for autos. To his detractors, he was an angel from hell who forced workers to work harder than ever while making the owners of capital richer than ever.

The classic example of Taylor’s work involved Schmidt, a Dutch labourer who shovelled iron. Most good labourers could shovel about two tonnes of iron a day. Taylor reckoned that if they worked smart, they could shovel twenty tonnes a day. So Taylor approached Schmidt with a proposition. He would increase Schmidt’s pay if Schmidt did exactly what he was told. Schmidt agreed. Taylor was not interested in making Schmidt work harder, just smarter. This meant, among other things, taking rests even when he did not want to. Taylor observed that five minutes rest every hour raised productivity. He also changed the size of shovel and made lots of other incremental improvements, in the way that the best sports coaches of today do with their athletes. Schmidt duly started shovelling twenty tonnes of iron a day, with ease. A revolution in productivity and management had started with Schmidt shovelling iron.

One of the key conditions of Taylorism is that work had to be predictable, measurable or repetitive. Then you can optimise productivity. This is not just about making things well. Call centres show what goes wrong when productivity is measured in quantity, not quality. Deliveries are increasingly managed by unforgiving, unblinking algorithms: high productivity comes at a cost to the couriers and stock pickers in the warehouse.

But if you go to a car factory, you see the limits of this approach. On the factory floor, the efficiency and quality is unrecognisable from a generation ago. Go across the road to the office, and it is like stepping into a time machine: the time before the quality movement and productivity started. This is not for lack of trying: auto makers are only too keen to replicate TQM into the office because they know it can be transformational. But everything they try, fails. On the shop floor, they are shovelling 20 tons a day; in the office, they are still shovelling two tons a day.

There is a reason for this difference. The shop floor fulfils the conditions of scientific management: work is predictable, measurable and repeatable. In the office, this is not true. The predictable work, such as payroll, has already been outsourced. What remains is ambiguous work, which is hard to measure and is rarely repeatable. For instance, a presentation could be six pages long or be sixty pages long with a hundred pages of back up. It is still a presentation. In theory, it is never complete because there is always one more fact or view which you could include.

The nature of professional work makes it easy to hide and hard to shine, especially in flat organisations where accountability is often shared. You are not shovelling iron alone: lots of people have their hand on the shovel.

If you go into any office, it is not hard to find staff and wonder what, if anything, they are contributing. Ambiguity and flat organisations make it easy to hide. At the other end of the spectrum, high performers find it hard to shine. No one really knows how hard it was for you to complete that assignment, and no one knows how much of it was you or your colleagues.

Ultimately you have a three way choice. You can do predictable and repeatable work which is high productivity but you have low autonomy, relative to professionals. Or you can choose more ambiguous work where you have much greater autonomy: then you can decide whether you want to hide or shine. Shining in an ambiguous role is the high road to success, but the high road is rarely the easy road. You will have to work out how to get your team to shovel 20 tons a day yourself.

This website uses cookies to improve your experience while you navigate through the website. Out of these, the cookies that are categorized as necessary are stored on your browser as they are essential for the working of basic functionalities of the website. We also use third-party cookies that help us analyze and understand how you use this website. These cookies will be stored in your browser only with your consent. You also have the option to opt-out of these cookies. But opting out of some of these cookies may affect your browsing experience.
Necessary Always Enabled
Necessary cookies are absolutely essential for the website to function properly. This category only includes cookies that ensures basic functionalities and security features of the website. These cookies do not store any personal information.
Non-necessary
Any cookies that may not be particularly necessary for the website to function and is used specifically to collect user personal data via analytics, ads, other embedded contents are termed as non-necessary cookies. It is mandatory to procure user consent prior to running these cookies on your website.
SAVE & ACCEPT